Posted on September 25, 2022 by deweybertolini

A most practical PODCAST message that isn’t in the least bit complicated.

Simple in its meaning; world-changing in its impact.

Thank you for listening, and for sharing this message!!!

Posted on November 1, 2020 by deweybertolini

It is the ONLY vote that matters, as you will hear in this PODCAST.

Let not your heart to be troubled.

Thank you for listening, and for sharing this message!!!

The Signs of the Times (Part 2)

As you will hear in this PODCAST, as we enumerate the final three of the six “signs of the times,” both Paul and Jesus made it crystal-clear that we are to think of these signs in terms of birth pains.

Paul, who borrowed this most-meaningful metaphor from Jesus, used it most-appropriately when he in Romans 8 declared, “For we know that all creation has been groaning as in the pains of childbirth right up to the present time.”

It would not surprise me one bit to hear that some of you — Or should I say some of us? — have been groaning a little more than usual this past week.

It is all about the birth pains, that increase dramatically in frequency and in intensity as the moment of birth approaches. This troubled planet of ours is undeniably in the later stages of its own labor pains, as it waits in breathless anticipation as the moment of Jesus’ return approaches.

Here in Matthew 24:8, spoken in the Olivet Discourse, on the Tuesday afternoon of His final week, in reference to these “signs of the times.” Jesus said, “All these are the beginning of birth pains.”

That is precisely where we are today. Groaning, watching, and waiting for the climax of human history as we know it finally and mercifully to dawn upon us.

In Luke’s abbreviated account of the Olivet Discourse, Jesus said in reference to these same “signs of the times,” “When these things (these birth pains) begin to take place, stand up and lift up your heads, because your redemption is drawing near.” Stand up; and lift up. Those are phrases that speak of victory, not defeat!

We don’t sit down in defeat; we stand up in victory!

We are not defeated. Not by a long shot. We are encouraged.

These “signs of the times,” these birth pains, have indeed begun to take place. Our redemption is indeed drawing nearer, every single day!

Yes, these six “signs of the times” have always characterized our world. Yet, these is no denying the acceleration of their frequency and intensity.

Let me briefly remind you of the first three, and then we’ll discuss in some detail the final three. All with a view to standing up and lifting up our heads, not in defeat but in glorious victory. 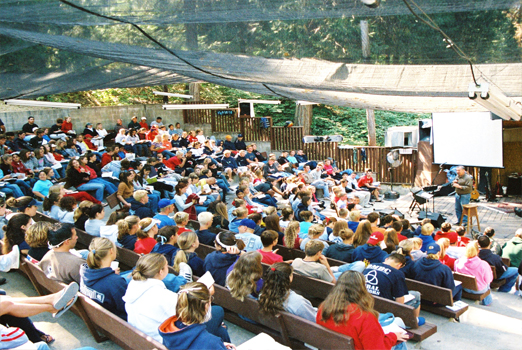